Although such headlines are now left behind us in the past, they still remind us on events that triggered one of the worst global financial crisis the world had ever seen. We have learned from very different perspectives that derivative markets are the ones to blame as being the major cause of the crisis, however not much has been written about the underlying issues and specific reasons behind what had actually happened.

Before understanding the negative impact of derivatives as triggers of the financial crisis, it is important to first understand the mechanism behind those financially engineered products. Unlike equity and debt, derivatives as financial instruments “derive” value from the performance of their underlying assets, such as commodities, stocks, insurance, indexes etc. Key basic derivatives are nowadays known as futures, forwards, options and swaps and their operating models are quite similar to each other. 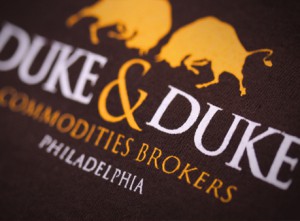 There are plenty of popular movies dealing with the subject topic, however an old movie that take us back to
1983called Trading

Places”, with Eddie Murphy as a main actor, perhaps in a best way describes how derivative markets function. The movie is about two powerful and respected investors, Duke brothers, who put a $1 bet that they could change  lives of two different people, an educated executive director Winthorpe who was successfully running trading operations at their company and a small criminal Valentine accused for money robbery, who have been offered with an opportunity to become a top tier trader in Duke&Duke company.

The story about destroying the career of a successful trader and making of new trader out of nothing just for the sake of a bet, subsequent revenge against the powerful shareholders as a result of rage of two betrayed men, the use of insider information and excessive speculations on the commodities exchange using orange juice futures contracts, for the purpose of powerful investors becoming even more powerful, is not much different from Wall Street and financial markets’

reality even nowadays. In general, derivatives are providing the platform for investors to bet on certain outcomes, either for the sake of hedging against potential risks or speculating aiming to earn higher profits. In derivatives trading there are two sides or two basic positions of a trade, short and long position. Short position is betting that the prices will drop down,  entering into derivative contract and committing to sell underlying security/commodity at price defined at current moment, earning the price difference if the price goes down as anticipated, and conversely long position is putting bets that prices will go up on the market, entering into derivative contract with obligation to buy certain security/commodity at current price that is lower than future expected price, again earning the price difference as its profit. 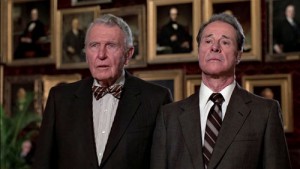 In the subject movie the betting outcome was related to future crop of fresh oranges, since the price of orange juice
will be quite dependent on the crop size following equation: bigger crop=lower price, smaller crop=higher price. Greedy Duke brothers, not much different than today’s Wall Street market makers, were trying to “corner the market”, in other words to take the advantage of an insider information on the future crop, aiming to get the sufficient control over the supply of orange juice, thus being able to set the price for it. So what happened in a movie is as follows: based on a forgery crop report the Duke brothers were provided with from Valentine and Winthorpe who prepared a revenge plan against them, stating the orange crop will be quite low and meaning the prices would go up on the market, the brothers decided to start buying on the commodities trading

floor as many orange juice futures contracts as they could, at the price traded

at that time. In parallel with that, other traders followed their lead, heavily inflated the price, which in general is known as perception based trading

.
This would have mean that once the prices would go up, the Duke brothers would use the rights from their futures contract, giving them an option to buy specified quantities of orange juice at the price of trading in the moment of entering the contract, that is lower than the new inflated price, thus profiting on a price difference. In reality, they would have had two available options for settlement and closing of their open positions from the futures contract, either to aim for physical settlement which would mean physically buying of orange juice from the commodities exchange at the price they entered into contract and then selling subject commodity at the current higher market price, or they might alternatively want to close their position by simply virtually entering into opposite contract position, in this case short position, meaning they would be virtually selling the same commodity at the new higher price on the market and thus closing previously open long position, again profiting from the difference between the initial lower and current higher market price. 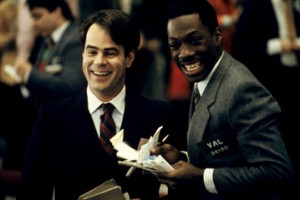 On the other side, since Valentine and Winthorpe were actually the ones to have real insider information, in this case due to the fact that they came into possession of a real crop report showing that the orange crop would be average, suggesting normal market prices, they mis(used) the opportunity with already inflated prices due to large blocks buying from the Duke brothers and entered into short position of orange juice futures contract, which guaranteed them that they could sell the subject commodities at this inflated market prices. At the very moment when actual crop report was revealed in the public, showing that the orange crop would be average, the price of orange juice futures plummeted and Valentine and Winthorpe immediately used this opportunity to buy back their futures at the lower price, earning a large profit out of it. What the two of them did is known on derivative markets as short selling or “naked” short selling, where the investors are selling commodities or securities they currently do not own and subsequently repurchasing subject commodities (covering positions). What happened with the Duke brothers is that they failed to meet a “margin call” and practically went bankruptcy, suffering total loss of $394 million on the respective transaction. Margin call is part of the “mark-to-market” process related to the way that regulated derivative markets, such as futures commodities exchange, are functioning. Futures are marked-to-market on a daily basis, in a way that the current price is compared to the previous day’s price and the profit or loss on the day of a position (both short and long) is then paid to or debited from the holder by the futures exchange. This is all made possible due to the fact that the exchange is the central counter party (CCP) to all contracts where the number of long contracts equals the number of short contracts traded.