In the first part of this article,for the sake of better understanding of negative influence that derivatives had on
financial crisis,the mechanism behind thosefinancially engineered products was
explained using the analogy with an old movie called Trading 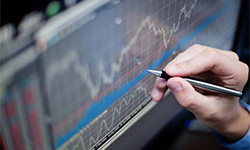 Now, what was happening in the back stage of financial crisis in 2008 is quite similar to what was described there, with only a few specific differences relating to a type of derivatives traded

As derivatives were evolving and getting more sophisticated through time, in the last several years leading to crisis, some specific variations of basic derivatives called Credit Default Swaps(CDS) became increasingly popular on the market. Credit Default Swap is a financial swap agreement that the seller of the CDS will compensate the buyer in the event of loan default or other credit event. In other words, CDSs are meant to serve as normal insurance contracts, with protection buyer paying upfront amounts in the form of yearly premium(CDS spread), aiming to protect himself from any potential loss on the face amount of referenced corporation’s or sovereign’s bond or loan. In case such loan default happens, protection seller is obliged to compensate losses by paying usually the face amount of CDS to protection buyer and at the same time protection seller takes possession of the defaulted loan. And the outcome investors were betting on in this case was related to wide spectrum of possible events, from potential default of specific corporation loans to the crash of large investment

companies and even economies of some countries.

Greedy Market Makers – What’s in it for them?

If you go on Investopedia, you will learn that “modern CDSs were invented by J.P. Morgan bankers led by Blythe Masters and related to their Exxon $4.8 billion credit line, when J.P.Morgan actually sold the credit risk from that credit line to EBRD, in order to cut the reserves they were required to hold against Exxon’s default, which as a result immediately improved position of its balance sheet”. It is not arguable that derivatives and more specifically CDSs are important, in general, for managing a diversification of risks and hedging against a diversity of exposures. 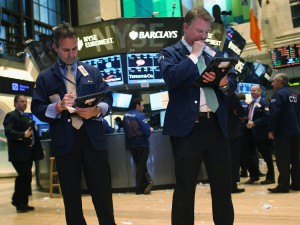 However, if we know that in 2007 the outstanding amount of CDS was $50.000 billion and that this amount was 10 times greater than the total volume of all bonds that could be insured, it becomes clear that such growth did not result only from the need to protect against default. The truth is that Wall Street market makers, who were perceived on the market as “too big to fail”, were in reality using their privileged position to bet on such financial instruments and extensively speculate on possible outcomes, using to the largest extent so called CDS “naked short selling” (selling something they did not own). Only one among many examples can be found in the case when American International Group (AIG) required a federal bailout, due to the fact that it had been excessively selling CDS protection without hedging against the possibility that the reference entities might decline in value, which exposed the insurance giant to potential losses of over $100 billion.

Deregulation and Lack of Transparency – Main Sources of Evil?

Commodity Exchange Act from 1936 enabled futures market to function well for more than 50 years, since it allowed regulators to monitor and police the commodities futures markets to ensure that they are free from  fraud, manipulation and excessive speculation. However, in 2000 the Commodities Futures Modernization Act (CFMA) changed the previously stable system, allowing trading without limits on speculative position on the Exempt Commercial Markets (ECM) and the CFTC regulations of Designed Commercial Markets (DCM). Removal of regulations by governments was made in order to create the illusion of a booming economy, yet the price that economy had to pay at the end was much higher than the short term benefits created by imposing new (de)regulation. In other words, since CDSs are traded

on Over-The-Counter (OTC) market which, unlike the standard commodities exchanges, is known to be unregulated, they were responsible for creating a systemic risk due to the unclear web of interconnections between institutions and their markets, which at the end lowered counterparty confidence on one side and created disproportionate volatility in commodities prices on the other side, putting more pressure on the economy. Also, as already mentioned, the lack of transparency in OTC derivatives enabled dealers to make large profits from wider bid-ask spreads, since they had an informational advantage over their customers. 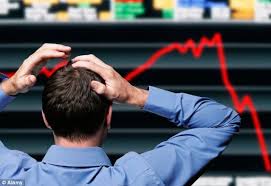 To conclude, the lessons learned are that the Wall Street market makers, such as Goldman Sachs, Lehman Brothers, J.P. Morgan Chase and others, have shown that they cannot be self-regulated, because once the platform for profiting on imperfect financial markets was created, the result was immediate exploitation of such an opportunity and greed without compromise as an expected behavior, which as a bottom line destabilized the global financial markets

and even more,  made them vulnerable on the long run.