One of the most common universal truths that the only 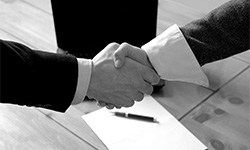 certain thing is uncertainty nowadays is severely shaking the global M&A market.
Once dominant “sellers’ market”, where most of the bargaining power in M&A transactions was on the side of a seller, no longer exists. After the downturn, the number of deals has dropped significantly. Regardless of the approach the seller decides to use for valuing his business, during the crisis it became even more evident that the value of a business is only what someone is willing to pay for it.

Quite opposite to sellers, buyers are now exercising much greater power than before and are a lot more cautious when deciding whether to buy or to wait, what to buy, how much to pay and what protection to insist upon should things not turn out as expected. In light of this, if the transaction does not meet the initial expectations, the buyers may seek recovery from the sellers for under-performing new investments

In practice, transaction disputes can take a variety of forms, but the most common ones are arguments over completion accounts and earn-out mechanism. The basis of such disputes lies in a contract known as a Sale and Purchase Agreement (SPA), used both by sellers and buyers in order to safeguard their interests and maximize a value of a deal. 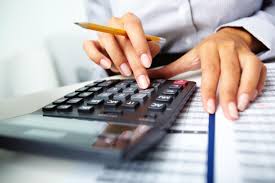 Consider for instance a typical working capital price adjustment mechanism. A business is purchased for a headline price of € 50 million with a working capital requirement of € 5 million. This means that at the completion date, the purchase price will be adjusted (increased or decreased) by the difference between € 5 million and the actual amount of the working capital at this date.

The lack of definition for certain accounting terms combined with their vague application in the SPA, along with the risk of manipulation of completion accounts, often cause transaction related disputes, which in most of the cases end up in seeking professional advice from an independent experts.

refer to the deferred payment of an additional conditional purchase price component agreed by the parties in the SPA. The parties often find it convenient to agree on a deferred payment of a supplement to the purchase price, which depends on future performance or events occurring after the completion date. In addition, earn-out mechanisms often foresee a continuing involvement of the seller after closing, which can make the transition and integration easier and safer by using his expertise and contacts.

An earn-out agreement signed in 2011 may, for example, stipulate that the sellers of a business will receive in 2014 a payment equal to 25% of the adjusted net profits from 2012 and 2013, if the profits for these two years exceed a specific target figure.

In spite of their benefits, earn-out mechanisms are also notorious for causing disputes. The buyers (or the management) can easily manipulate the performance of an acquired business. There may be a real incentive for them not to achieve the set net profit target.

Also, the buyers may for instance reduce the profitability through transfer pricing arrangements with related parties, aiming to benefit from paying fewer amounts as a supplement to the purchase price.

Which steps sellers or buyers need to follow in order to protect their interest?

Carefully draft and review the SPA

The SPA is the final outcome of the negotiation. 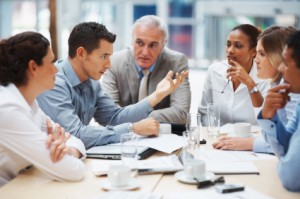 Once it is signed, it cannot be easily
modified. Ambiguity over accounting terms may have a major impact on the deal value.
That is why it is critical to carefully determine targets (such as working capital and net debt), since the price adjustments will be calculated as the difference between the targets and the actual figures. It is also extremely important that the methodology set out in the SPA for preparation of the completion accounts is clear and unambiguous, removing subjectivity to the greatest degree possible. A clearly worded and appropriately defined completion accounts mechanism should provide protection to both the seller and the buyer.

The completion period is the period from the signing of the SPA until the completion date. The seller has already sold the target but retains control of the business until the completion date. The seller may agree to some restrictions on the conduct of the business during this period in respect to activities that could strip value from the business. Examples include payments of dividends, non-arm’s length purchases or sales transactions with other entities of the seller’s group. For buyers, it may be prudent to make provisions in the SPA allowing for the monitoring and reviewing of accounting books and records during the completion period to assess whether the operations of the business are consistent with the provisions of the SPA and past commercial practice.

Finally, both sellers and buyers could also reach out towards alternative pricing mechanisms, such as a locked box mechanism, which has become quite popular in recent years and which could reduce a part of uncertainty since the equity price is calculated based on a defined historical balance sheet date agreed by the parties, and such price does not change. Minimizing some of the risks associated with post-transaction negotiations often terminate in disputes.

Road to successful strategy execution in companies
Scroll to top